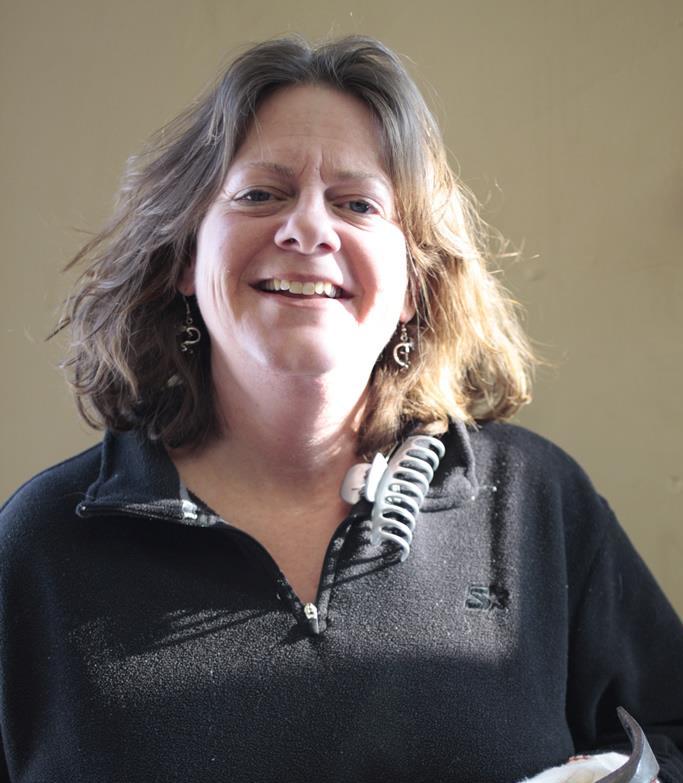 My name is Holly (Hustwit) Tate and this is my story as well as that of HOLLY House Inc.  After reading this note you will see how undoubtedly this organization was developed and designed largely due to personal tragedy, life experience, and a strong will to not only survive but to create something better both personally and professionally. I tell this story not for sympathy but for ENERGY and inspiration. “Make something out of this mess, don’t just sit there in it.” -My Maternal Grandmother.

I was born and raised in Wooster Ohio, the daughter of a College Professor and Writing Consultant/Author, worked at the OARDC and local eateries during summer vacations, grew up with two younger brothers, graduated from the College of Wooster in 91′, worked on an Indian reservation in northern Minnesota for a year, went to graduatue school at Ohio State 92-97, then came back to town.  From 1997 to 2002,  I worked in a small not for profit agency here in Wooster that offered permanent housing and supportive services. The social problems of affordable housing and homelessness have long pulled my attention and interest. There seems something very innate and basic about giving people a hand up (not out) as well as a safe place to exist on the planet. It’s not rocket science, but rather a basic human kindness and right of sorts.

I was always that kid that when you told me “You can’t do that” or “That won’t work,” I became a bit Obsessive Compulsive to <getter> done and done well.  I always took the attitude of “why not?”  I was also that kid that always stood up for the under dog.  Never picked the popular sports teams and fought off neighborhood bullies for my little brother while walking to school.  I could never walk by the stranger on the street or the quiet kid in the class without saying hello or simply smiling.  Everyone has a story of value.  Everyone has worth and a purpose.

I think this is why I always liked working in Housing and with Homeless people.   So often Society and even service providers overlook and deem this populous untouchable, unpopular, the under dog of sorts, and most definitively hard to serve.  Well heck yeah they are hard to serve. Homeless people do not fit into any nice neat little molds or have any money to contribute towards their cause/needs.  Homeless people are at the very bottom of the Maslovian Totem Pole.  I love the challenge of helping others learn to smile (provide for themselves).   I could go on forever as to the whys of my interest and motivation to work with Homeless persons and fighting a system that has for years appeared corrupt and inefficient.  Jane Addams, a career philanthropist, crusader of Social Justice, and one of my personal heroines says it best “-In my experience, Homeless people want to improve their situations and most times have to in order to simply survive. Everyone wants to live somewhere, do something, and ultimately become productive.”

Despite my interest in Housing and Homelessness, my married life and struggle to have a family took me away from the Housing/Not for Profit venue in 2002.   After three years of what seemed like an endless series of medical treatments for infertility, my husband and I stopped trying to have a family as we discovered he had a terminal illness.  Obviously our focus and priorities greatly changed.  After a three year courageous battle with Brain Cancer, my best friend and husband died (September of 2008).  One of the last things Jack (my husband) ever said to me was “…promise me you will dream big! Do what you are destined to do beyond taking care of me.” I promised him I would, but couldn’t say exactly when.

During the years Jack was sick and even after he passed away I continued working a job in the For Profit sector that paid the bills and kept me focused.  I kept hearing his voice and felt a strong desire/draw back to serving my own Community.  Although I was good at my prior job and could do it without much thought, my heart was not in it and I knew I needed to move on – or perhaps back to what I knew and loved.  After nine plus years of service, I unexpectedly lost my job in 2011.  Finally something had occurred that knocked me right to where and what I needed to be doing.  Refocused, refreshed, and committed to the cause, as well as with the help of an incredibly loving and supportive family and friends, my dream took off last year.

Please realize that I, myself have lived on the edge of homelessness. I have experienced several of the leading causes thereof (loss of a job, overwhelming medical bills caused by catastrophic illness, and loss of spouse/second income). Loss has been part of my life but blessings of unimaginable size have too. Somehow I stayed open to seeing and accepting them. Join me in this journey if you like. If not, you know where to find me. If nothing else, I challenge you to dream big and actualize your destiny. Maybe it will be a little more glamorous than HOLLY House! More power to you simply for taking the chance to move forward and perhaps smile at the underdog. “Sometimes it’s about getting up and putting your pants on one leg at a time just like the rest of the world.” -My Mom.